This Brazilian Christmas coffee recipe is an adaptation of an Anglo-Indian mojo drink I learned while visiting New Jersey. Check it out! 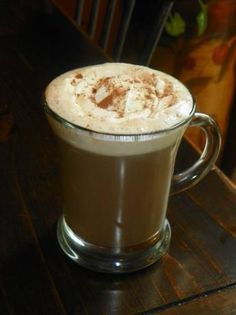 In November 2011, we visited my cousins that live in Morganville, NJ. One night our group went to an Indian restaurant. It was about a month before Christmas, and since we were coming back to Brazil the next week, I decided to try their Xmas-coffee drink.

I don’t like the original spices much, so the decision to change some of them to create a whole new Brazilian coffee recipe seemed only natural to me.

This coffee recipe is one of those drinks you don’t want to get wrong because everyone loves it when you get it straight. So, DON’T let your brew boil and use good quality materials.

From the first time I tried it, I enjoyed the overall flavor right down to the last sample.

I will appreciate this entirely during the holidays and much after, for years to come.

Have a great sip!

Please, leave a comment about this Brazilian Christmas Coffee Recipe.