With three basic add-ons, my Brazilian Coffee Beef Ragu Sauce is a version of the famous Italian registered recipe, “Ragu a la Bolognese”.

Brazilian coffee, a bit of cinnamon and a bit of clove were used to enhance the Bolognese recipe and give a somewhat tropical feeling to the dish.

The idea of adding cinnamon to a meat sauce came from my dear friend Stephanos Gallos, a Greek fellow that, like myself, loves to cook. Even though he learned it from his father while still living in Greece during his youth, I found this addition something very Brazilian, since the spice, along with clove, is widely used in our cuisine. 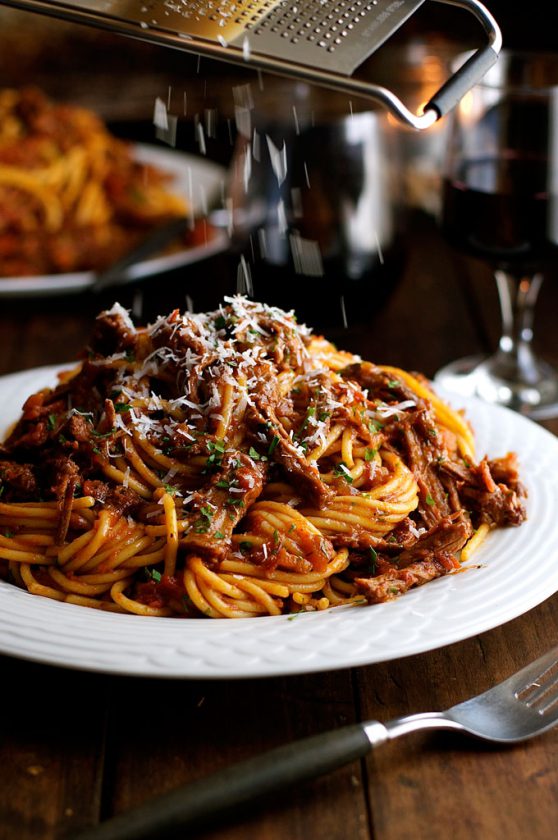 Adding Brazilian coffee was an insight that I stole from recipes on the internet. Yes, I’m a digger! I thought it would bring some exotic taste to the dish and it did bring some exquisite notes to it.

Adding different ingredients to traditional recipes always brings inflamed arguments, both against and for the practice. I have a simple opinion about it. I’m all for experimentation, but think that people should have the courtesy of not calling that new recipe by the traditional name. Add something to it. The above recipe IS NOT a Ragu Alla Bolognese, even though it is heavily based on it.

If you like recipes with coffee, take a look here,