If you want to taste Brazilian Mogiana coffee, you’re on the right track to a wonderful experience. Mogiana is one of the best quality coffees in the World.

Rich in red volcanic soils, the border between north-state Sao Paulo and Minas Gerais is called The Mogiana region, or Mogiana Valley.

The area was nicknamed like that because in 1882 the Companhia Mogiana de Estrada de Ferro was settled to support the large-scale expansion of coffee plantations in that region.

Railroad transport became a major player in the coffee business since it significantly lowered the cost of transportation.

With no significant overall difference, only a political border really divides the macro-region between both states.

They have differences in microclimate, but the general quality of all coffees produced there is of high standards. Those differences bring some subtle variations in acidity and fruitiness, and even that is a motive for greater appreciation.

Truth is that all Mogiana and South Minas regions have great rich soils fantastic weather conditions, which 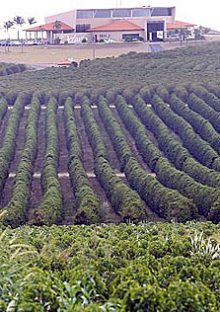 Brazilian coffees have been excellent ever since it was introduced in South Minas Gerais, migrated to Mogiana, and later to central-western São Paulo. Many other regions still produce, but the quality is not the same.

The Mogiana type is one of the best in the world with its full body, fruitiness, sweetness and acidity. Some variations pull to mild chocolate, nuts and/or caramel notes. Less acidity may also occur. All Mogiana coffees are very rich in flavor and greatly appreciated.

That leads farmer to support locally accessible education for their employees and families.

In fact, this is not something new.

I remember the construction of a school in my grandfather’s farm when I was a kid. 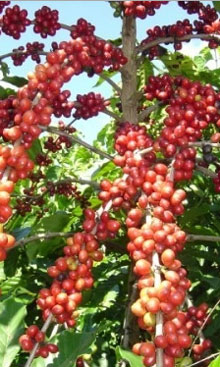 My grandfather did not employ anyone that was not willing to put their kids in school and children were not allowed to work until the age permitted by law.

He also bought and distributed, for free, all materials necessary for that.

Recently, researching about the Mogiana Region, I found out that some farmers have been acting similarly since the 19th century, on a scale that started very small, but has been increasing ever since.

What’s in it for the Average Consumer?

Today’s demanding coffee drinkers know that a 100% Arabica coffee is where you find the perfect taste and a fragrant beverage.

But not all coffee fans are, or want to be, detailed in coffee-evaluation.

We all know that the most important thing for the great majority of coffee drinkers is just one factor:

Is it good or bad?
Period!

As long as well produced, that’s what you get from all Mogiana and Brazilian Arabica coffees. 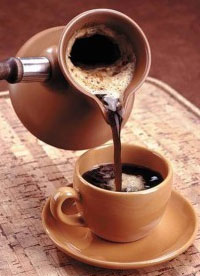 Imported Mogiana coffees are still a bit pricey. There’s no way to deny it. If consumption spreads that could be changed, though.

The best way to buy cheaper Mogiana is to increase demand. So, tell your local dealer that you are interested if the price is right.

Also, one should always remember that Brazil produces all types of coffees and a good proportion of Arabica goes in commercial blends.

When buying most Brazilian the best commercial brands, you, the average consumer, are most likely getting great quality coffee from the best places in Brazil, including Brazil Mogiana coffee.

I wrote an article a while ago with a summary of the most important Brazilian coffee regions in my opinion.

Please leave a comment about this “Brazilian Mogiana Coffee: What is It?” article.

2 thoughts on “Brazilian Mogiana Coffee: What is It?”